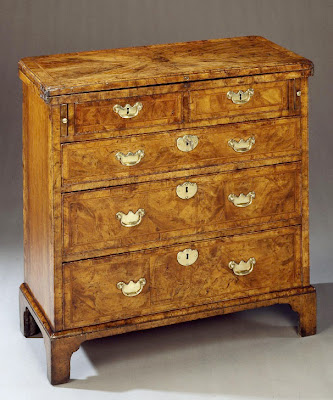 Being a confirmed bachelor myself, I've always been dazzled by a handsome bachelors' chest.

Before that comment is misconstrued, let me explain that a bachelors' chest has nothing to do with the English anatomy. At least not here.

Here, the term is used to describe a small and shallow antique English furniture chest with a hinged top and graduated drawers, like this one (belonging to one of my favorite clients, Debby M-thanks, Debby!): 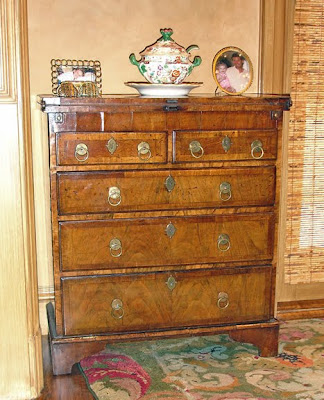 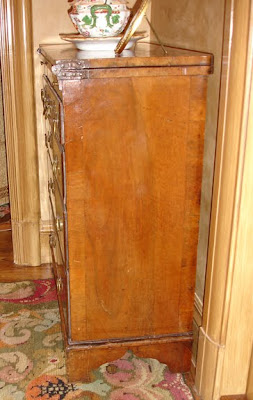 Bachelors' chests are an important antique category because they're considered one of the finest achievements of early English cabinetry.
English bachelors' chests are so-called because they were created for a bachelor's bedroom apartments and meant to serve various functions including storage, dressing and writing. The English bachelor was expected to marry and then acquire an entire household of furniture including bedroom highboys and other pieces that would replace the lonely bachelor's chest. 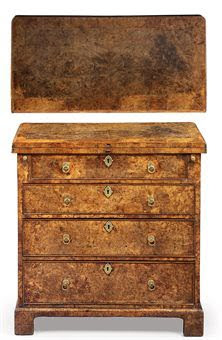 The hinged top on a bachelors' chests folds open to create a writing surface. This fold out would be supported by pull out struts called "lopers" (pronounced LOPE-pers). A tip off to a fake chest is the glaring omission of lopers to support the top. Here are some lopers, first shown retracted and then shown pulled out to hold up the writing top when opened: 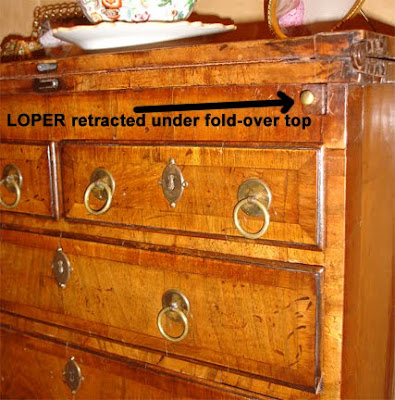 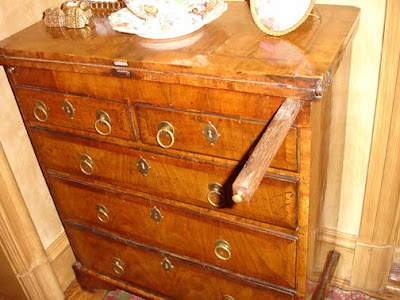 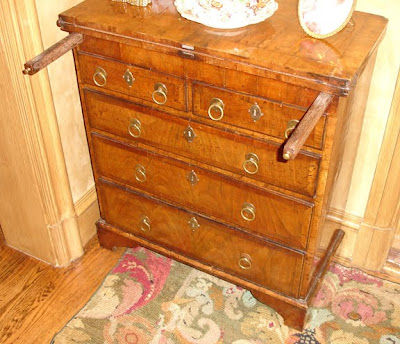 With the lopers extended, the top could be folded out and used for writing: 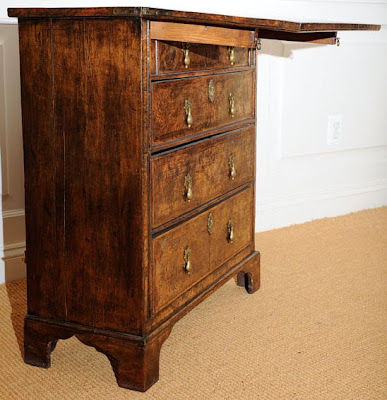 Bachelors' chests were first introduced in the late 17th century and are most typically made in English walnut, and less frequently for some provincial pieces in oak and elm. But the walnut ones are the most highly prized.
17th century bachelors' chests can be identified by their bun feet, crude dovetailing and straight grained walnut cross banding. 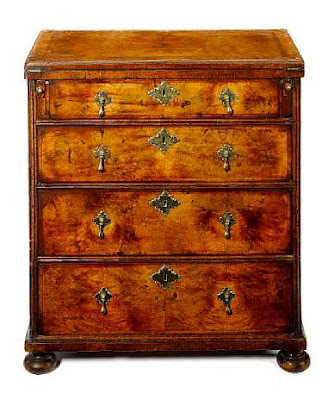 By the 18th century, the heavy bun feet were replaced with shaped brackets and the dovetailing construction was much neater. 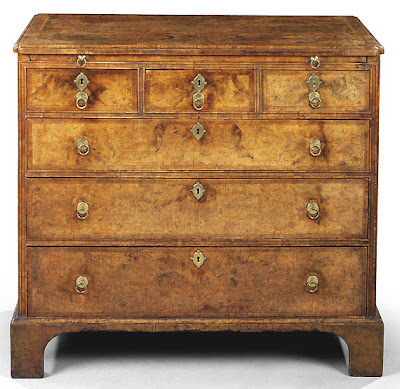 Also on the 18th century chests, often a brushing slide was added above the top drawer. Brushing slides were made for laying out a piece of clothing to remove lint and wrinkles. Here is an open and closed brushing slide: 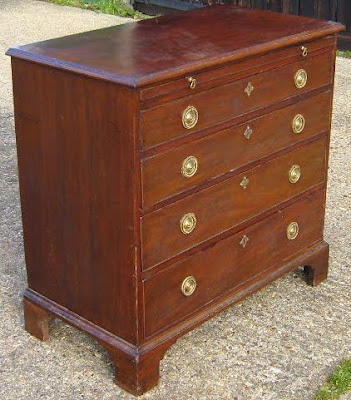 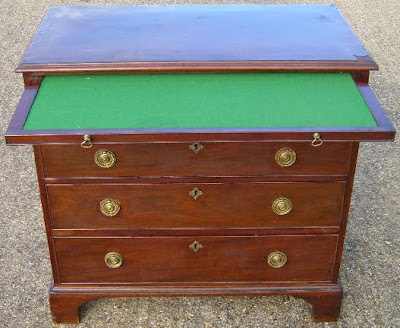 By the mid-18th century, the bachelors' chest was replaced by the larger and more fashionable French commode form. 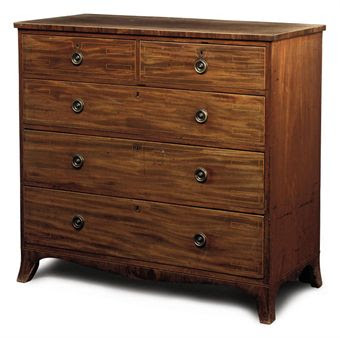 But the English provinces continued to produce bachelors' chests throughout the 18th century. However, these later chests are usually betrayed by their larger scale and Rococo or Neoclassical handles.
Interesting factoid: Bachelors' chests are one of those antiques where coloration is critical. The value of a particular specimen is at a premium where the tone is rich, deep walnut as opposed to a more reddish mahogany-like color. In the 19th century, many a perfect bachelors' chest was ruined by stripping and re-staining it in the deep red mahogany color so popular at that time.
Posted by Unknown at 12:17 PM

Interesting posti for me//

Very informative, many thanks! I will be linking to this article from my website:)