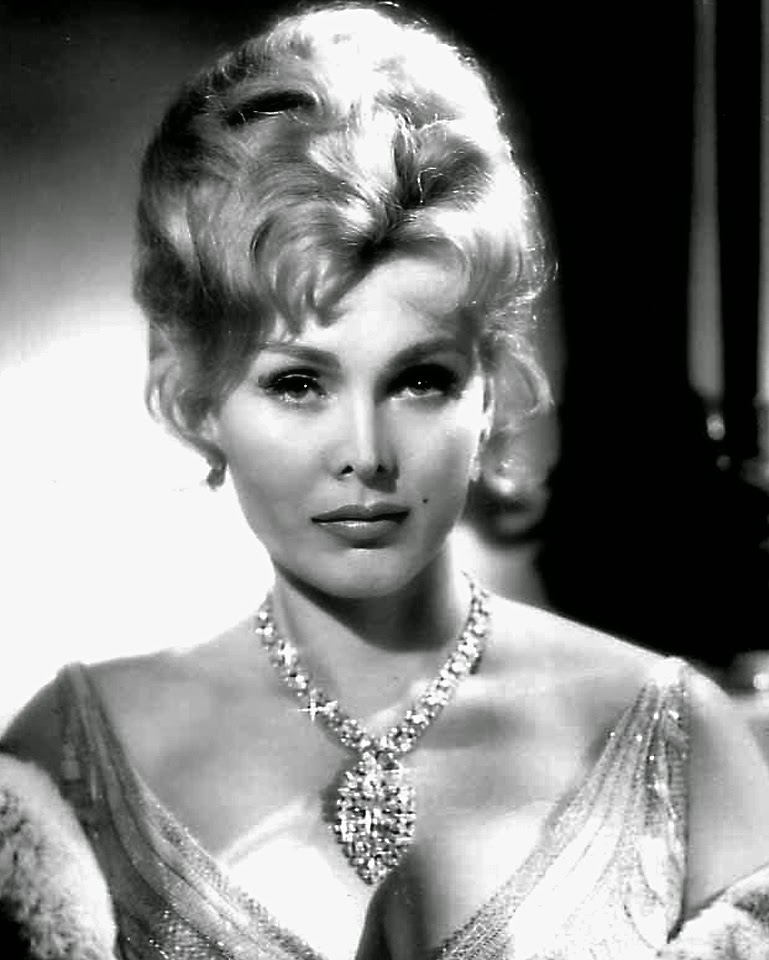 This blog is about Hungarians and why I love them. A great example is the legendary Hungarian movie star, Zsa Zsa Gabor. She (and this post) have nothing to do with antiques except that she passed away when she was really really old. BREAKING NEWS: 4/2/15-I just found out from a reader that Zsa Zsa is NOT dead.  I made a slight boo boo.  And thanks to Alan Deal of BAMO for alerting me to this! Side comment: I'm SO sorry Zsa Zsa! Get well Soon! :) Buzz

Then why am I writing this? Well it was an honest mistake I swear! Plus, serious writing (this would not be a good example) is my calling-I wasn't meant to "blog" the rest of my life! And I don't want my tombstone to read "Here Lies Buzz Kaplan-Yeah that blogger dude who said Zsa Zsa was dead."

So I'm going to forge on and spread my literary wings here to show you, Houghton Miflin and the world that I'm a serious auteur (even though the whole premise of this post is now discredited) as well as a "blogger to watch" who needs to fact-check more carefully.

Anyhow, let's get back to Zsa Zsa, pronounced "JHASHA gab Bore"; or uh, "Za Za gah BORED"--it's very hard to phonetically spell, but this last pronunciation was vetted in music (albeit dead wrong) by none other than Dion Dimucci (of Dion and the Belmonts) in 1963 in his unforgettably toe tapping hit "Donna, the Prima Donna":

And who could forget her electrifying win as Miss Hungary of 1936? OK, everyone has forgotten it. But it really did happen and it's worth mentioning because it launched her meteoric rise to the heights of Hollywood Royalty (that's royalty with a small "r"). Even the great John Huston raved, "At her acting best, she was credible." I think he meant to say INcredible but unfortunately he didn't. 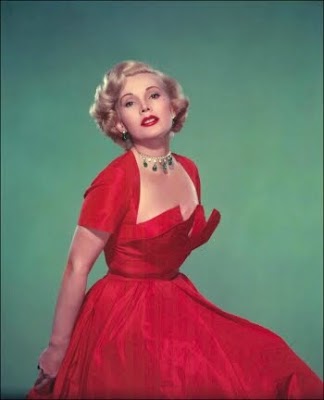 Her dizzying rise to stardom (cinched into her signature "Clamato" dress) culminated in the film cult classic "Queen of Outer Space," a Technicolor extravaganza released in 1958 by a studio that refuses to divulge its name. 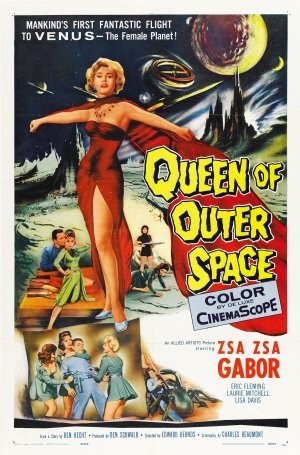 But the plot was riveting:  A bunch of astronauts crash land on Venus only to find that it's an all-female planet ruled by the evil queen Yllana (played by an actress who's name I forget). And for some reason, this Queen wears a mask all the time. Plus she's banished all men from the planet. Ugh.

Anyhow, the astronauts are taken captive by the glamazon Venusians and brought to Yllana's palace. Luckily, one of the courtiers at the palace is the beautiful, overly ripe and very lusty courtier named Talleah (Zsa Zsa Gabor). She and a few of her co-courtiers, all "long for the love of a man" (isn't that quaint!) and so they're plotting to overthrow the evil Queen to get some desperately needed lovin'. After all, a girl's got needs, right? 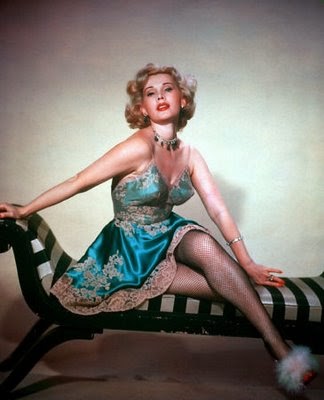 Next scene: one of the astronauts distracts the Queen by twerking wildly to show her how cultured and refined we are on Earth. And as she's transfixed oggling his gyrations, he yanks off her mask, poignantly revealing that she's horribly disfigured (oddly resembling a burnt Kraft Jet Puff Marshmallow-I suspect that this was an early version of product placement.) 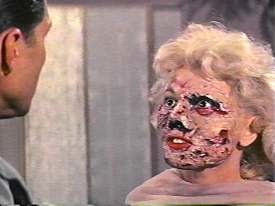 Anyhow, so her face looks like a s'more and the tragic reason is shocking: she was exposed to radiation burns "caused by men and their wars." Damn those men! In a fury, the Queen decides to destroy Earth and its tweaking inhabitants but then she dies because Talleah/Zsa Zsa and her handsome astronaut BF foil her plot. The Venusians are free to once again enjoy the love of men. Yay. Ding dong the Vitch is dead! (Note my authentic Hungarian pronunciation of W's. They say them kind of like Russians saying Wodka.)

Wait! I forgot the most important part! Right before Talleah/Zsa Zsa overthrows the queen, she hisses to her new boyfriend (the cutest of the imprisoned astronauts), "I HATE ZAT KVEEN!" I know Zsa Zsa meant "I hate that queen"--but it's Zsa Zsa's perfect delivery of that line in pigeon English that has made it a classic. Much like Wodka. Try her line yourself the next time you get upset with a gay guy. It's fun, he'll like it  and it'll be therapeutic all at the same time.

Am I the only one who thinks this stuff is funny? Sometimes I worry… :(

P.S. Anyhow just to make this a real post about antiques, here's a good word to know: Kouros, pronounced "COO rohs." It's a sculpture form of a young male from Ancient Greek sculpture dating to around 500 BC to the onset of the Hellenistic style around 323 BC. They appear very stiff, much like Zsa Zsa's acting. Zing!

HOW HIGH SHOULD A COFFEE TABLE BE?

The table shown below is a coffee table. Duh.

It's also a work of art, also sold to a private collector, and also once belonged to James Mayer de Rothschild. No, not the kid who just had the Bar Mitzvah (I took one of the flower arrangements...Gorgeous!) This masterpiece belonged to the French-German banker who founded the French branch of the Rothschild family. It's also conservatively valued at well over $175,000 USD... so you and I couldn't afford it anyhow. I'm just glad I got the flower arrangement (which would actually look very smart on this table): 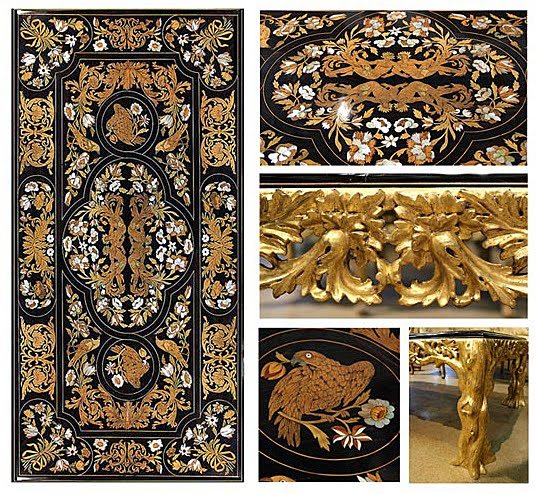 The top of this table is circa 19th century and was created by the renowned 19th c. masters, the Falcini Brothers. The base was designed and created by C. Mariani Custom Workshop.

But the BIG QUESTION still remains "How high should a coffee table be, Buzz?"- ah yes, that eternal and imponderable question that has plagued mankind for millennia.

Which is understandable because the question "How High the Coffee Table?" is almost as baffling as "How High the Moon?" But that question was already asked back in 1951 by Les Paul and Mary Ford in the first recording ever to feature an electric guitar (I swear!) and became a huge hit for them. Listen for yourself (it's really fantastic!):

Now that I think about it, if  Les and Mary were smart they would have recorded "How High the Coffee Table?" That baby would have gone PLATINUM. Plus it's so much easier to calculate than the moon thing. And besides, who cares about the moon's height anyhow? Well, Buzz Aldrin but I think he's dead. I should have said deceased. Sounds less dead and more sensitive. Whatever.


Anyhow, what I want to know (just to prove my point about moon height) is this: Has coffee EVER been served on the moon? Of course not! Why? Isn't it obvious? Because there isn't a single coffee table on the lunar surface!  Duh. And to make matters even weirder, the knuckleheads at NASA are so clueless they only allow TANG to be served on the moon. No wonder no one goes there anymore. 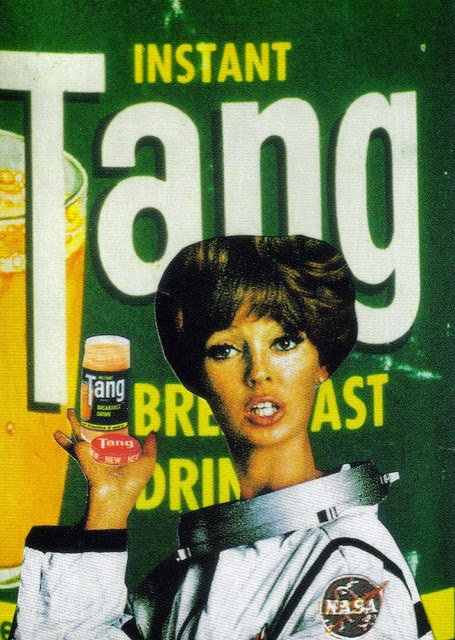 Um, where was I? Oh yeah, coffee tables: A coffee table should be around 18 inches high. But it depends...

The exact coffee table height you need can be affected by the seating surrounding the table as well as the purpose you see the table fulfilling. For example, if you're a board gamer, you'll want the table higher than 18" so people don't have to hunch over to play.

We also create a lot of custom coffee tables at C. Mariani with heights that range from a low of 14" to a high of 26". Test the right height for your needs by sitting on your sofa or club chair and reach for an imaginary Tang cocktail and see where your hand feels comfortable. But 18" is the average.


Factoid you should know: coffee tables weren't invented until the 1920's! Why not? I have no idea and I'm not your mommie! Ugh-I think I have Mommie issues. But the point is that anyone offering you an "antique coffee table" is shady as hell and you should run for the nearest exit. The closest you can get to an antique coffee table is an antique top (like a scagliola, pietra dure, mosaic or marquetry panel) inset into a later base (or an antique table that's had its legs "tipped," meaning the legs were cut down at some point to take the height down and render it pretty worthless as an antique.)

Here are some antique coffee table tops with later bases created by C. Mariani (in our descriptions of tables like these, we specifically call out that they have "later" bases--that's the proper way to do it):