HOW CAN AN ANTIQUE BE CALLED "ITALIAN EMPIRE"? 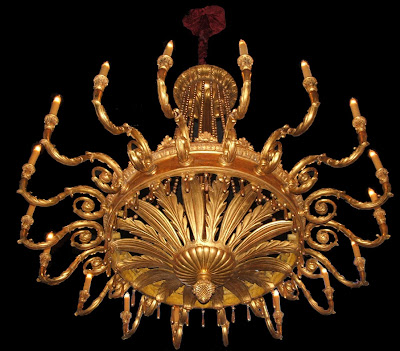 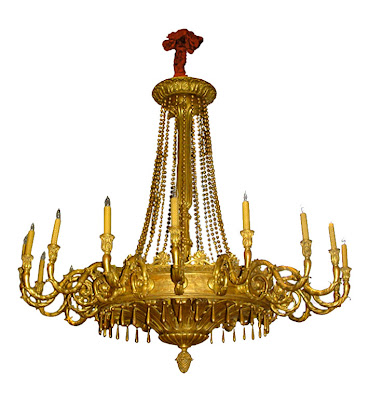 This is actually a really sophisticated question!
Let me start by saying that all of the furniture shown in this post are "Italian Empire," which means they're early 19th c., made in Italy, but created in the distinct look of the French Empire.
But this is a good question because if we want to get real technical, "Italian Empire" furniture should really be called First Quarter 19th Century Italian Furniture in the Empire Style. But because that's such a mouthful, many people in the trade and at auction houses just call it "Italian Empire". For that reason, I think it's good to know what this informal "short-hand" description means. 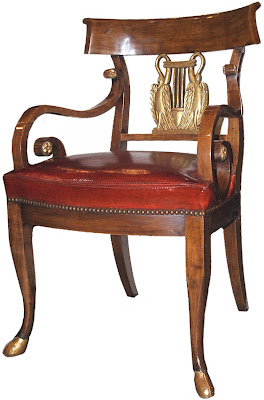 Let's start with four antique factoids that are assumed you know if you asked this question:
1. Empire (pronounced "OM-peer") furniture is from the French antique period roughly corresponding to the reign of Napoleon I, 1804-1815. 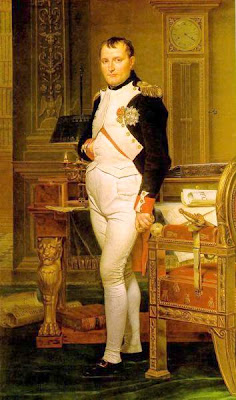 2. This Empire furniture is recognizable for its traditional neoclassical motifs, already seen earlier in France during the reign of Louis XVI.

But the Empire style supplemented these with symbols of imperial grandeur-the emperor's monogram and his emblem, the bee; representations of military trophies; and after his successful campaigns in Egypt, Egyptian motifs. Furniture was characterized by clear-cut silhouettes and symmetry in decoration. Pedestal tables with claw feet and gondola, or sleigh, beds were in vogue. The wood of choice was mahogany, solid or veneer; and brass and/or ormolu mounts were the chief embellishments. 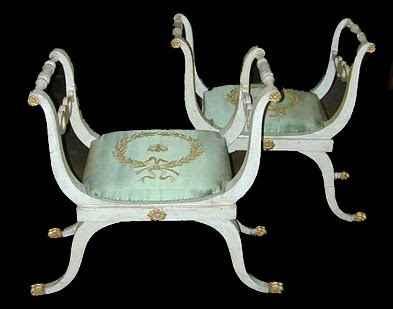 3. The Empire style, as was true for French styles (arguable commencing with Louis XIII but definitely in full swing by the Sun King) of the 17th, 18th and early 19th centuries were trend- setting. England followed suit with its more subdued take on Empire, called Regency style. 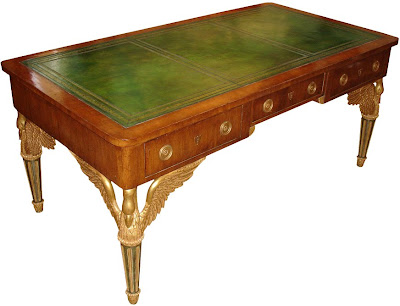 But in Italy, the style and look of the French Empire didn't really ever have an Italian name of its own. For this reason, dealers and collectors use the shorthand term "Italian Empire" to mean Italian furniture created in the Neoclassical, regal and grand look of the French Empire. By saying Italian you know that it's not French period Empire. And you also know it's from Italy. Duh. But the look and style resemble Napoleonic Empire furniture. Simple dimple. 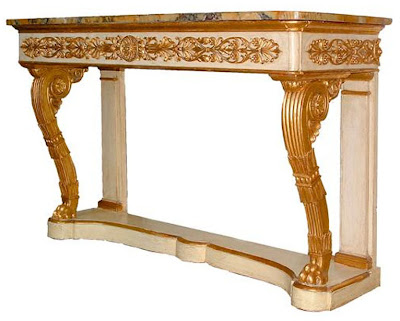 4. Now if you're an antique genius or just an idiot savant who miraculously can play Mozart while reciting obscure antique periods, you may be wondering, "Hey Buzz! Since French "Empire" ("OHM-peer") furniture is spelled just like American "Empire" ("EM-pie-yur") furniture, how do we know that those cagey Italians weren't just copying us Americans? 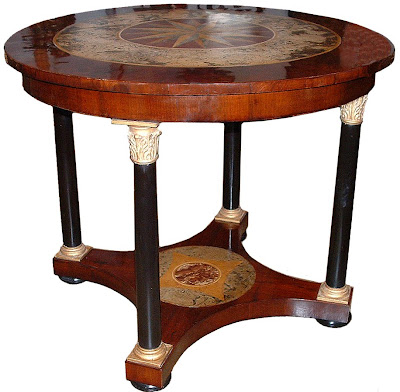 The answer is: American Empire period lagged behind both the French and the Italian Empire periods. In the U.S., Empire furniture dates from around 1820 to 1840. Why is that? Because before TV, radio, the Internet and TMZ, it took a lot longer for European trends (and celebrity gossip) to be communicated, understood and copied. 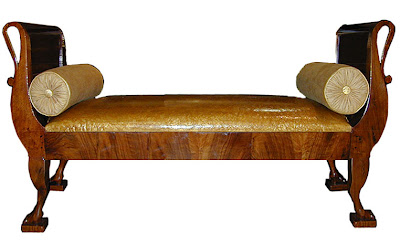