WORD OF THE DAY: BOUILLOTTE 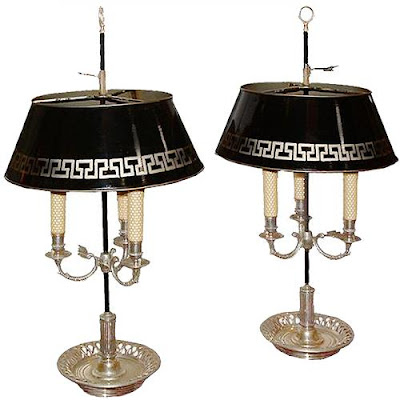 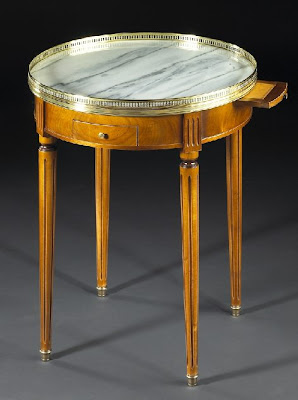 Bouillotte (pronounced "boo YAHT") was a card game (similar to today's poker) that was wildly popular in France in the 18th century. In fact, this form of gambling became so popular that they created both a table and a lamp specifically for the game. 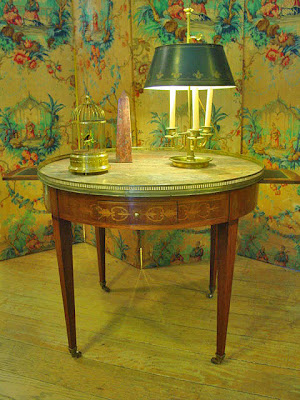 A bouillotte table is a small round marble-topped card table with a pierced metal gallery above a paneled frieze. This gallery allowed for a bouchon (pronounced "BOO shon") felt top to be placed securely on top of the marble when the table was being used for the game. Without the bouchon, the marble-topped table worked perfectly as a side table, server, or candle stand. 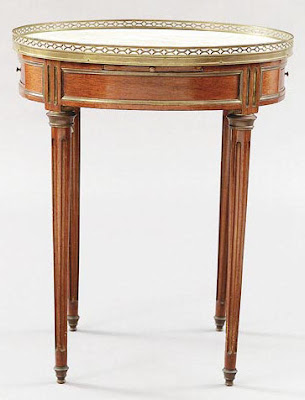 The frieze below the tabletop gallery is typically fitted with two small drawers and two pull-out utility slides. 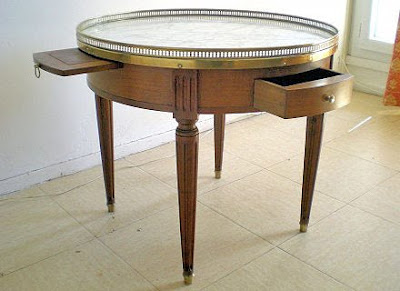 These tables were created in the Louis XVI neoclassical style and were raised on four cylindrical tapering legs as opposed to the curving cabriole (pronounced "CAB ree ole") legs of the previous period, that of Louis XV. These table legs either terminate in sabots (pronounced "suh-BOWS" and meaning applied decorative bronze shoe-mounts a the base of each leg) and they are sometimes fitted with casters. 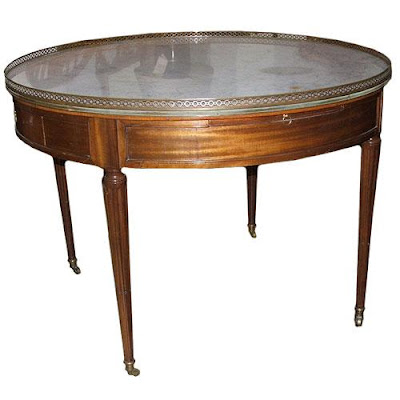 Bouillotte tables are typically made of mahogany, reflecting the ascendancy of that wood as a fashion statement for Neoclassical continental furniture. 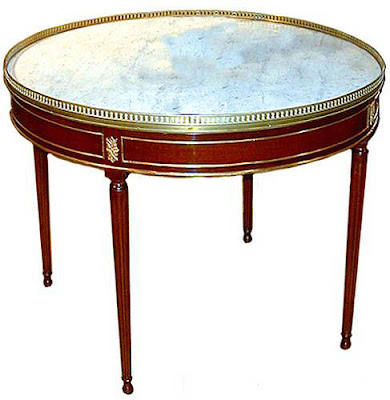 A bouillotte lamp is a table lamp with two to four adjustable candle brackets. 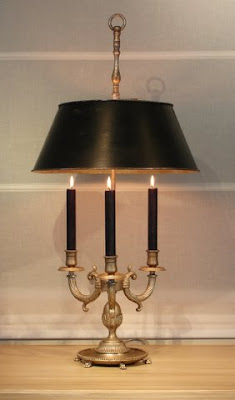 The candle arms on these lamps share a common metal (called tole and pronounced "TOLL") shade that would slide down a central shaft and be secured by a screw to accommodate the dwindling length of the lit candles. 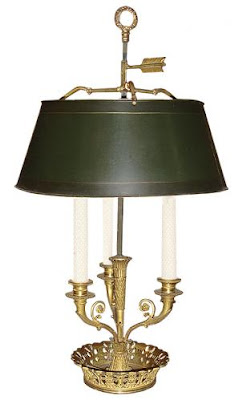 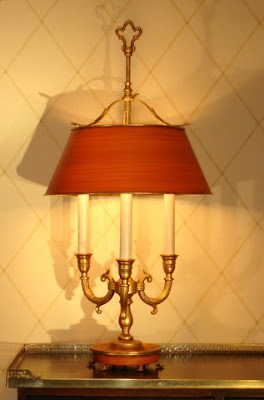 Why do these lamps always have a metal shade? Well, the easy answer is that the shade was meant to protect the card player's eyes from the glare. But this would have been true with a fabric shade as well as metal. Why the metal then? Because in the 18th century the lightbulb was yet to be invented and the burning candles would incinerate any fabric shade. Duh. 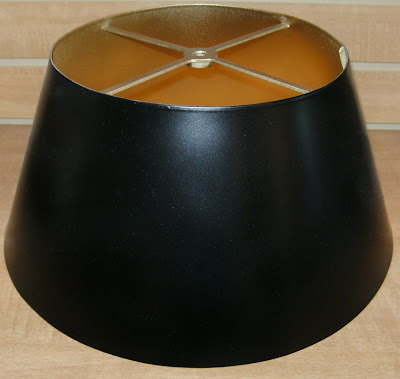 You need to be careful not to confuse "tole" shades for the similarly spelled but very different term, "toile". Toile, pronounced "TWAHL", is a fabric, also called "toiles de jouy" (pronounced "twahl duh ZHWEE"), that is cotton printed with pastoral or figural scenes in monochrome on a beige background, as seen here: 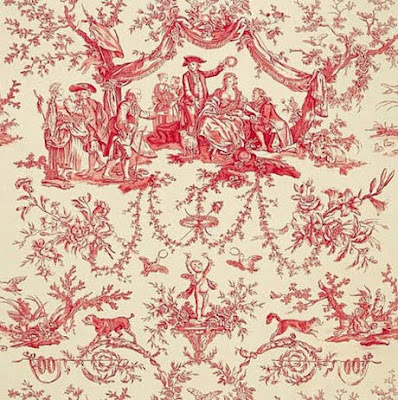 These card table lamps typically had dished bases that were used both to hold the game chips as well as to catch the melting candle wax. 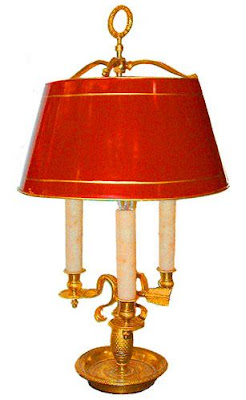 Bouillotte lamps were placed either on top of the bouchon or less often on the utility slides found in the frieze. 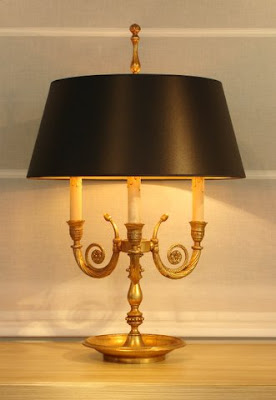 Thank you for your lessons on antique. I've discovered your blog a couple of days ago and I love it!

All The Trappings said...

Hands down, my favorite lamp ever created. They defy classification completely---can be traditional, but work so well in a more transitional interior. Love them :)

The verb bouillotter is to heat through or simmer, which might explain a lamp shade that retains heat. In modern France a bouillotte is a bed warmer, in crude English a hot water bottle.