Art+Auction March Issue was all about the celebration of Asian art and artifacts - and (of course!) featured two of our C. Mariani Han Dynasty Urns in their Must-Haves section! Yay! 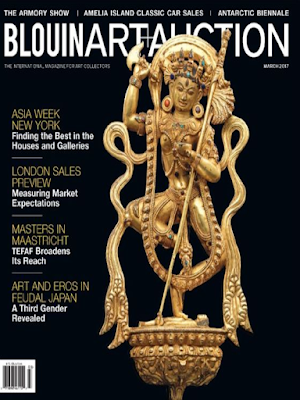 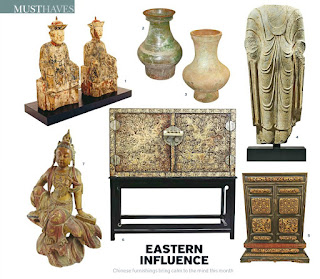 The Western interest in Asian art and artifacts really grew in the 17th and 18th centuries as many items were imported from Asia during this time. The popularity and intrigue of these unique and "exotic" items grew dramatically in England, France and Italy. More recently, terra cotta urns have become more popular in both the design and art worlds. These Han Dynasty (206 BCE-9CE) Jars or "Hu" (meaning jar in Chinese) were used to store wines, oils and various commodities like grains.

Here are the two urns featured in the article:

In addition to these pieces, we have more Han Dynasty pieces available:

PLUS, the lacquered and gilt wood chest on a stand shown in the article above is beautiful, but we have some stunners in that category as well (you KNEW I couldn't just shut up!). To quote Siri, who after all does know everything, Take a Look: 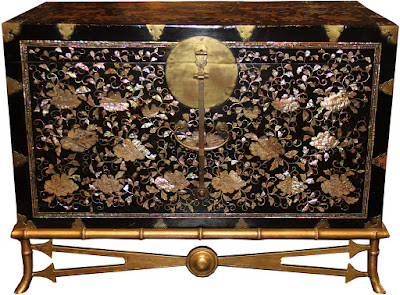 Have a great weekend! Buzz
Posted by Unknown at 1:40 PM No comments: