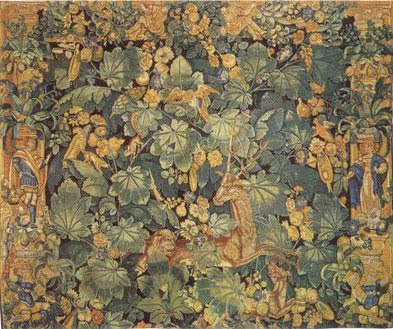 FEUILLE DE CHOU is a term used to describe a certain kind of tapestry but can also describe export and Chinese armorial porcelain characterized by a stylish motif of lush green/blue overlapping leaves.
It's pronounced (and this is a tough one so practice it a few times before trying to impress your friends & neighbors): "FUR duh SHOE". Sounds like an animal-print Manolo Blahnik, right? 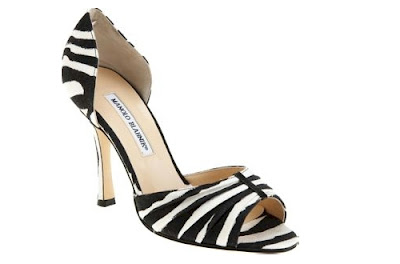 But this is not real "FUR duh SHOE". This is more accurately called "fur ON duh shoe" and lists for about $650 USD the pair.
Feuille de chou is actually French for CABBAGE LEAF and looks like this 16th century Flemish tapestry: 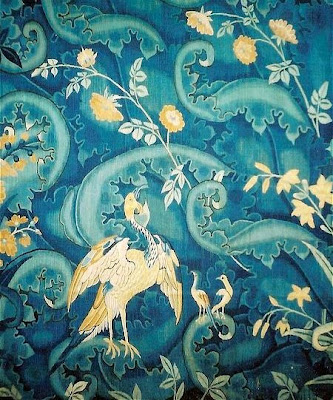 And here's another, same period and also Flemish: 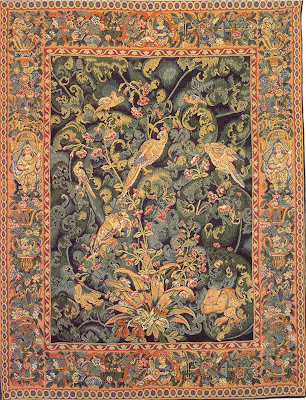 What do these tapestries cost? For ones that are in C. Mariani Antiques condition, $30,000 USD to $125,000 USD each depending on provenance and subject matter (e.g., a pretty bird or a unicorn in the cabbage patch will fetch much more than a horned man-eating monster):
Popular and expensive: 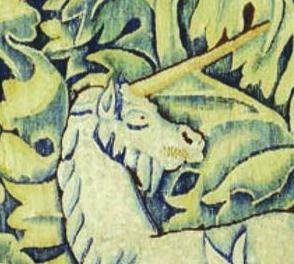 Not so popular but still pretty expensive: 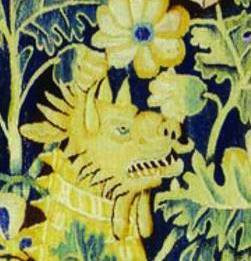 All too fascinating for words, I know. But just when I thought I'd become jaded about even the prettiest feuille de chous, we acquired a show-stopping masterpiece (TODAY, 4/14/11): An incomparable 16th century Sicilian silk ceremonial table carpet, in superb condition, and, yes, priced well above the other feuille de chous but so, so worth it! It makes me want to cry it's so beautiful: 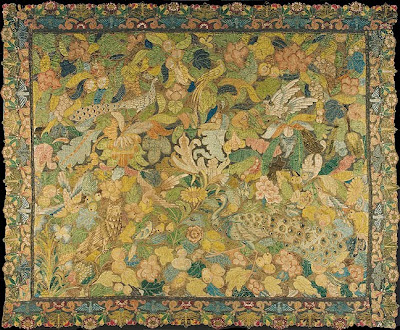 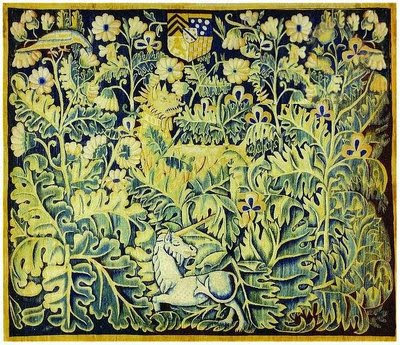 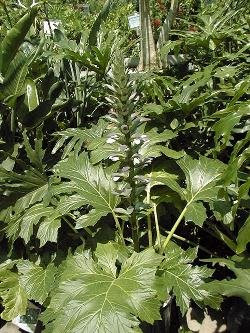 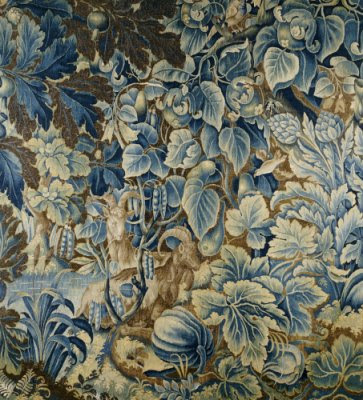 ADVENTURES WITH BUZZ: DAVID PHOENIX AND THE ORANGE COUNTY HOUSE OF DESIGN 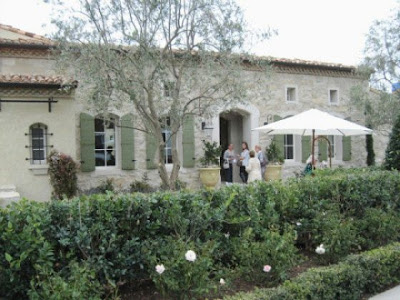 David Phoenix, the uber-talented Los Angeles designer who you probably all know, did the extraordinarily gorgeous Living Room at the currently running 2011 House of Design in Crystal Cove, Laguna Beach, California this year (it's open through the 27th so there's still time to go!). And so I flew down to attend the opening and take a "look see". And I was stunned--all I can say about David's room is WOW! Talk about a tour de force! David knocked this one out of the park! It's really a must see: 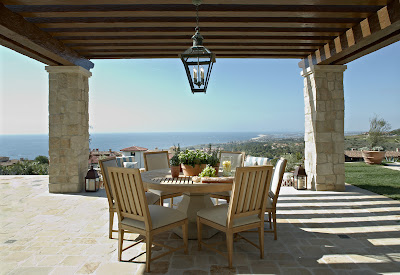 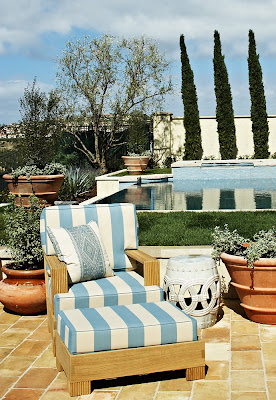 I arrived (with the lovely Sarah Hills from our Gallery) at the Tuscan villa and snaked our way through the crowds of spectators, designers and press, to our usual hangout: the open bar. OK, I admit that before we found where the bar was we entered the tented area (it looked so elegant!) where the portapotties were. But anyhow, after we finally found the bar area we feasted our eyes on David's room: 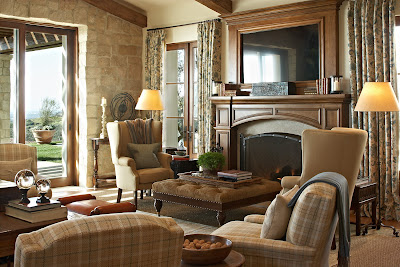 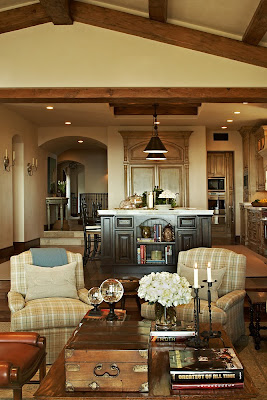 Could you just die!?! This guy has the most unflinching superb taste, pure and simple. I kinda hate him for that, but in a good way.
I honestly wanted to buy the whole room. Ok, a couple of pieces were from C. Mariani, so I guess I wouldn't have to buy those. But what amazed me was how incredible our pieces looked in the context of the room as envisioned by David Phoenix. To coin a phrase from my college days (yes I DID go to college), the transformation and gorgeositty was mind-blowing. See for yourself: 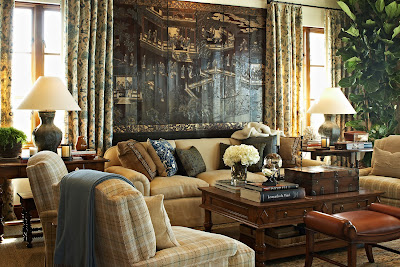 Above: C. Mariani's 18th Century Chinese Sang de Boef Lacquer Screen (the most expensive piece on display and worth every penny by the way), according to OC Register) and our very modestly priced (and also worth every penny) La Collezione Rossano Tuscan Coffee Table. 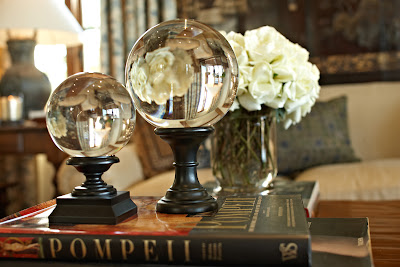 What struck me was the way David mixed traditional with contemporary and then detailed the room to perfection with a wide array of accessories, none of which he borrowed from me :( but I didn't take that personally. Sob.
He did however use our Collezione Montalvo Demilune Console Table: 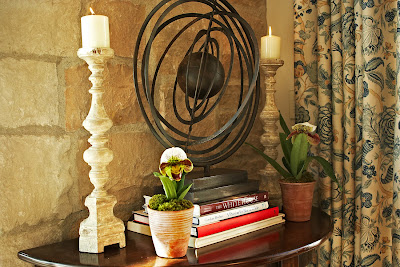 And he used our C. Mariani's 20th Century Set of Flora Danica Botanical Designs Dinnerware, some of which he mounted on the wall (which I would never think of doing but am now a total convert since it looked amazing): 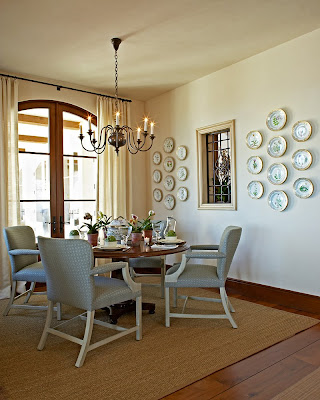 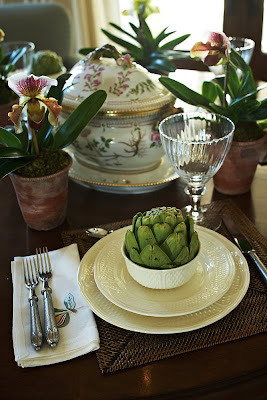 What can I say except that I genuinely "j'adore" (no, I don't speak French) David Phoenix's work and thank the Philharmonic society for showcasing his extraordinary talent. My recommendation is to run don't walk to see his room before the 27th! General admission tickets are $35 and unlimited-entry passes at $45. For a schedule and other information, please visit the Philharmonic Society.
Posted by Unknown at 9:37 AM 4 comments: