WORD OF THE DAY: TAMBOUR 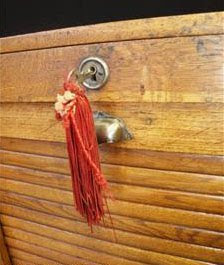 A tambour (pronounced “TAM bore”) is a type of door you see on antiques as well as modern furniture and other applications. 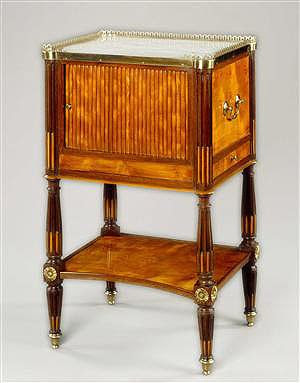 A tambour door is really pretty ingenious when you think about it. It's a flexible sliding door made up of lots of small slats that interlock and rotate, typically on a rail to open and close: 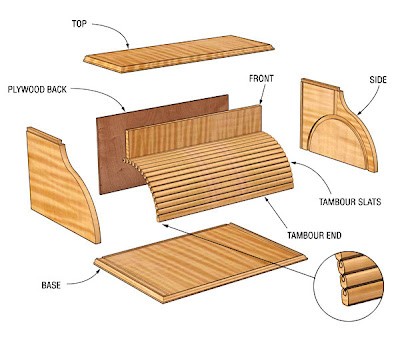 Tambours are often seen on desks, cabinets, sideboards, etc. You also see them in unlikely places like kitchens (called "appliance garages"-love that term and wish I had a Miata to park in it) and even on real garages. 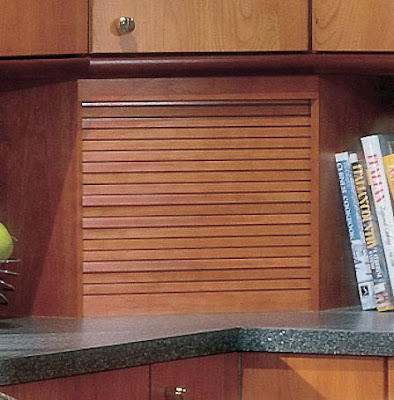 These doors are made up of several interlocking slats that typically run along rails. But in some cases, the slats are simply glued onto a fabric track that rolls up and down or side to side. This 19th century English sideboard at C. Mariani Antiques, has two handsome tambour doors that run on fabric backing and slide side to side to reveal the two compartments at the top. 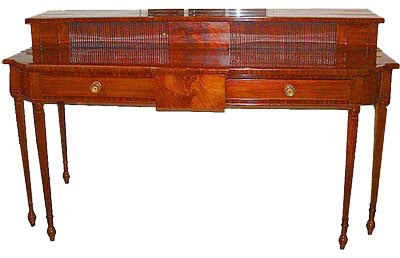 In the bum rap category, most people associate tambour doors with those oh-so-tired turn of the century rolltop desks (ugh) like this one: 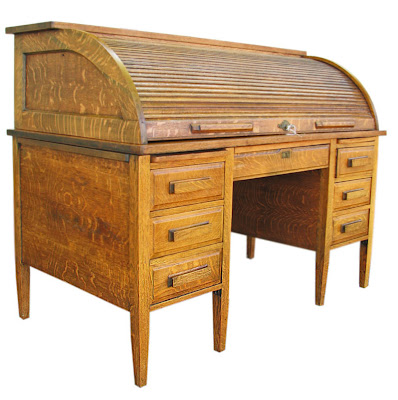 Lovely, huh? Where's my macrame hanging with my wandering Jew?

But not all tambour desks are light oak, ugly, and "belonged to Uncle Leo, so we're keeping it!". Look at this beautiful 19th century mahogany George III one: 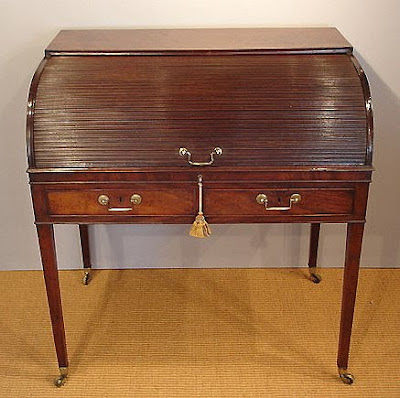 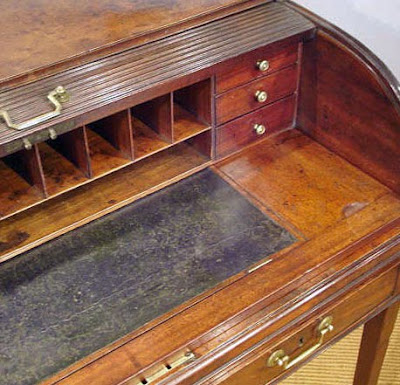