Word of the Day: GUÉRIDON

An antique GUÉRIDON is a 17th-19th century small to medium round French table or stand originally created for the purpose of holding a candelabrum.

These circular tables can be supported by columns, pedestals, or sculptural figures, either human or mythological. Most of the guéridons I sell have three columns supported by a tripartite (three part) stretcher, like this one: 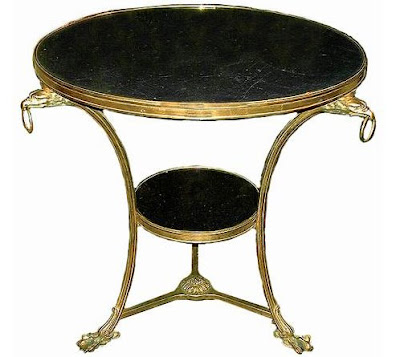 Guéridons are highly versatile. Designers often flank a sofa with them or put one next to an occasional chair. But they can serve a multitude of miscellaneous purposes including acting as an accent table just about anywhere.

Guéridons originated in France towards the middle of the 17th century. Early guéridons were often supported by an African (called a “blackamoor”) holding a tray aloft, a design device that was wildly popular in Venice. Here is an image of a blackamoor base: 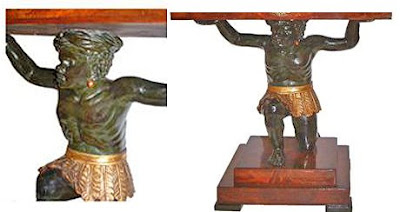 They also incorporated ancient Egyptian themes (which would indicate the piece to be French Empire or later) as well as  Greek human figures (generally indicating a neoclassical or later date). Here’s an exotic 19th century French Empire guéridon with a specimen marble top and Egyptian theme: 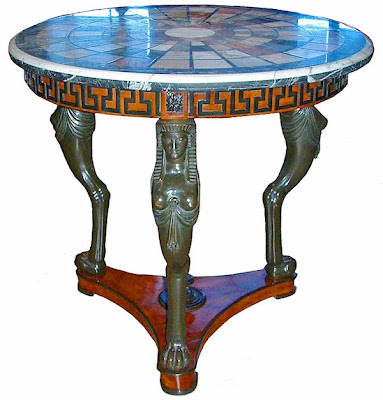 Ranging in style from simple to highly ornate, the guéridon was originally created during the baroque period of Louis XIV. In fact, it was a popular piece of court furniture at Versailles where several hundred existed throughout the palace. 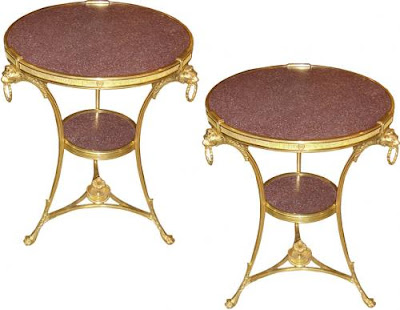 By the 18th century, guéridons had morphed into numerous forms raised on columns, tripods, etc. and often created in gilded brass or giltwood. Some had marble tops, some pietra dure (inlaid hardstones), and some wood. Here’s an example of a pietra dure guéridon top: 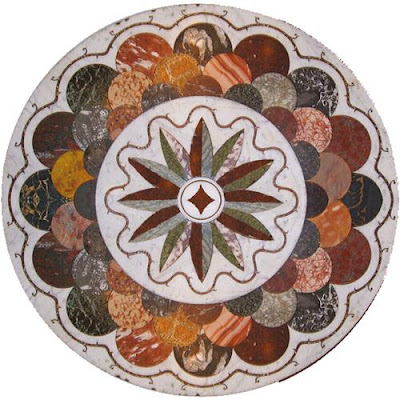 These days, many in the antique trade call practically any small occasional table a guéridon but I think it’s properly used only when the piece is French and round.

When it’s not round, it can go by a variety of names: for any portable small table, you can call it a table ambulante (“TA-bluh am bue LAHNT);  for a small work table, table à ouvrage (“ah ooh VRAHZH”); for bedside tables, either table de chevet (“duh sheh VAY”) or table de lit (duh LEE), and for a simple nightstand: table de nuit (“duh NWEE”). Or save yourself the brain cells and just call any of them a side, occasional table, or bedside table. French can be so easy if you just avoid speaking it.

Ok, fine. Got it on the little French tables. But what do you call a round Italian “guéridon”-like this exotic pair? 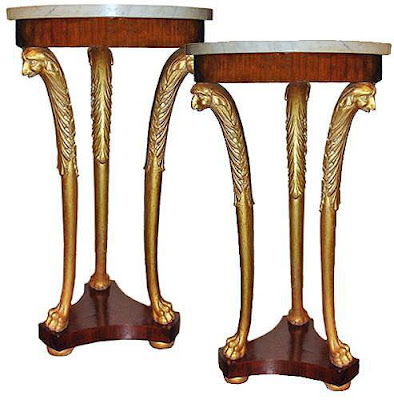 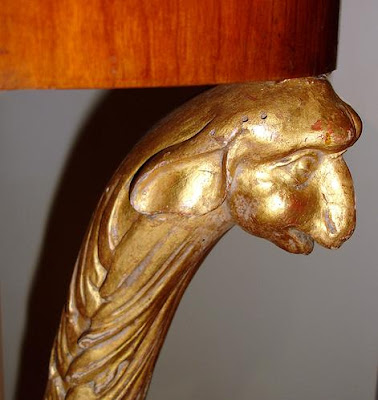 And the same question would apply to these simple 17th and 18th c. Italian tables. What would you call them? 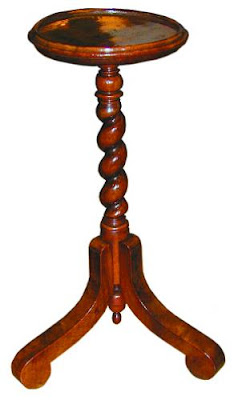 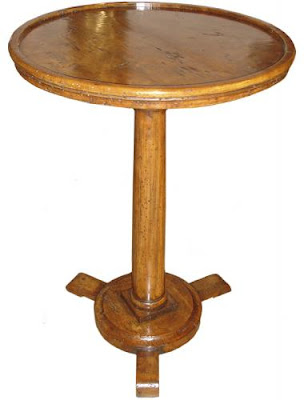 These tables would be properly called Italian candle stands or, if you’re tongue tied, just say small side tables.

Some old school designers might also call them cigarette tables. But they’re really not because they’re too tall. Cigarette tables would be shorter small tables and therefore distinguishable from the guéridons and candle stands.