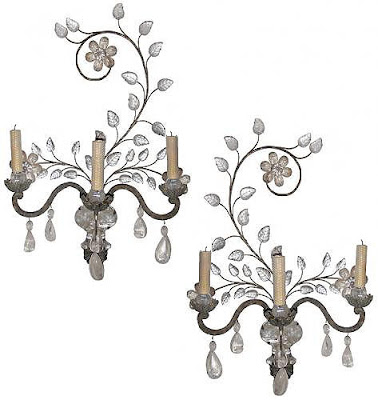 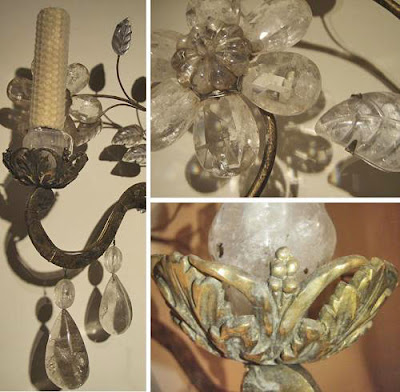 Girandole (pronounced JEER-on-dole) can mean one of three different things:
And here's what each one looks like:
First, a pair of girandole candelabra (note the ornate candle arms also called branches): 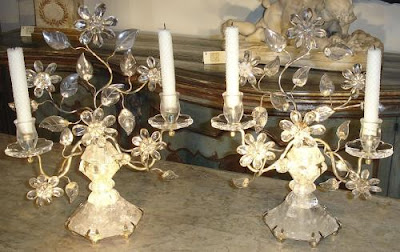 Second, a girandole wall sconce (note how elaborate it is and also how the mirror serves to reflect the light from the candles-pretty clever, huh?). This one is Adams style, 18th century English:

Girandole wall sconces like this one were objects of luxury and typically were intricately carved and gilded. Although the name is Italian, girandole brackets reached thief height in popularity in England and France in the second half od the 18th c.
And third, a set of girandole (also called "chandelier") earrings-these type of earrings became widely popular in the 1600's and 1700's and remain popular to this day: 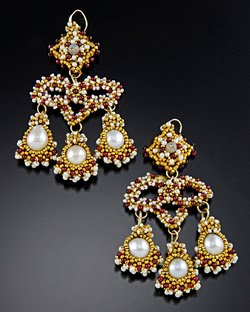 See how these girandole earrings look like little chandeliers and hence the name!
Posted by Unknown at 4:34 PM

I do adore the chandelier earrings. Fabulous
Karena

The LXVI sconce is gorgeous! Thank you so much for the explanation!
xx
Greet

I adore the earrings !! They are gorgeous