Words of the Day: CHIFFONIER and CHIFFONNIERE

But speaking of potatoes, I feel the need to declare my love here for baked potatoes. But not just any baked number...I'm only attracted to the ones in those cute little tin foil jackets. Maybe it's a uniform thing. In any event, jacketed taters are both debonair and tasty. And who can resist that combination? Plus they look like tiny spacemen in their smart foil outfits. Think Captain Kirk in silver lamé:

But let's get back to our vocabulary lesson. As I said, every potayto is indeed a potahto but no chiffonier is ever a chiffonniere, so let's learn how they differ and how to pronounce them.

Chiffonier is from the French, pronounced "SHIFF uh NEAR", and is a tallish narrow chest of drawers or a cabinet sometimes with a mirror attached. A semainier, which I talked about in an earlier post, is a type of chiffonier with seven drawers (see below). 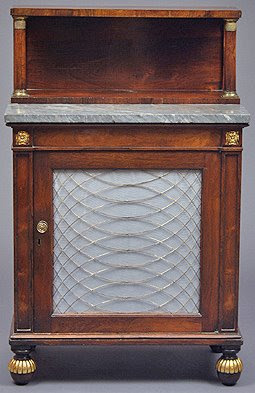 Compare that with a Chiffonniere which is also from the French but pronounced "SHIFF uh NYAIR". A chiffonniere is a small worktable generally used by ladies and typically with three drawers. So it's quite different from Chiffoniers, not to mention Chiffonades, which are smart vegetable garnishes I learned about on Top Chef. The following illustrations demonstrate this point: 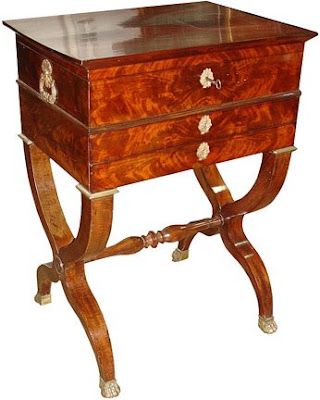 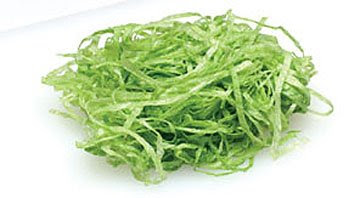