HELP BUZZ!!! WHAT'S THE DIFFERENCE BETWEEN DRAPES AND CURTAINS? 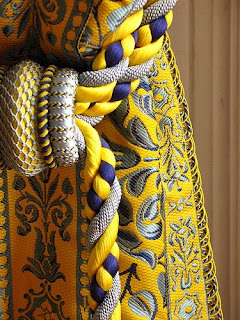 FIRST A WARNING: I usually write these posts in a cheery mood and with a "The Sun'll come out Tomorrow!" kind of optimism. But not today: I missed dinner last night and breakfast this morning so I have serious low blood sugar and am acutely cranky. But no need to panic: I sent one of our staff to get me a Snickers for medicinal purposes. (But that was 10 minutes ago and I'm getting more irritable by the second. Ugh). 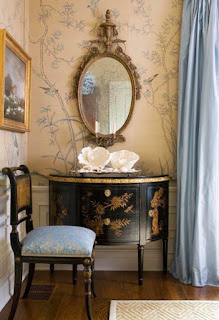 The fact is your question is a good one that comes up a lot. So I'll answer it although I'm feeling more like ripping down curtains that blogging about them. I MEAN,  IS IT ASKING TOO MUCH TO GET A SNICKERS AROUND HERE?? AND WHERE IS MY DAMN PERSONAL ASSISTANT WHEN I NEED HER? Oh forgot, I don't have one. :( 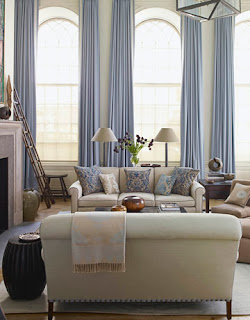 OK, here goes: Drapes and curtains are not the same thing. Although they both can be termed "window treatments," the truth is that although both drapes and curtains cover windows, curtains are lighter, more sheer, and thinner than drapes. Drapes are typically heavier and usually lined and interlined to both protect the fabric and block out sun glare. So these are drapes: 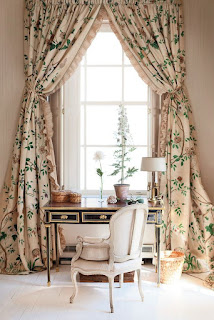 And these are white linen curtains (look at how sheer they are and how they are unlined-that 's a good tip-off that there're not drapes--see below): 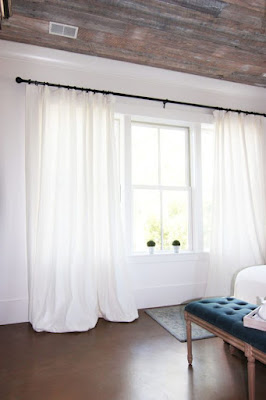 And these ARE drapes. 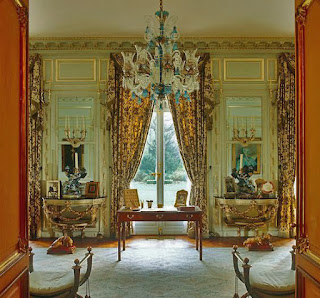 But what are these called? 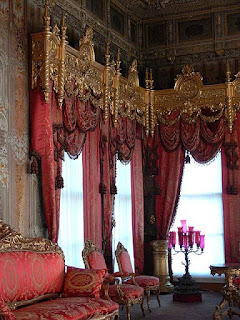 These are called JPU ("just plain ugly"). And yes, that's a technical term we frequently use in the trade. :) But you could also call them "drapes that are really expensive, gauche, overdone and completely out of step with good taste." The gilded valances (also called cornice boards) only enhance the tastelessness of these window treatments. Although I think I may have sold those valances at Mariani about ten years ago. Ugh. 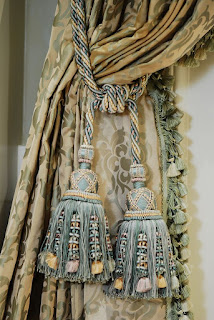 But here's the truth: "Who Gives a Rat's Ass about Drapes vs Curtains?" (Pardon my French but I still haven't gotten that Snickers). The fact is that many people, even some designers, use the words drapes and curtains interchangeably. So I guess you can just ignore everything I wrote here so far. :) 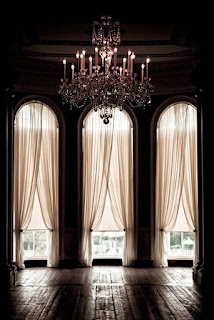 The only reason I brought the subject up was because I wanted to remind you of a major rule with regard to attire. Don't ever wear a dress made out of drapes or curtains. Case in point: Scarlett O'Hara.

Here's a happy Scarlett when she was still practically a virgin, rich, and didn't have to prostrate (girls don't have prostates just so you know) herself to Rhett and beg him for a couple bucks when she went broke: 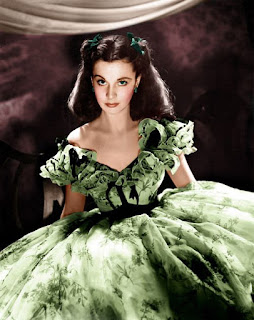 And here's a bitter and angry Scarlett after she was so desperate for that money that she had to wear her dead mother's curtains to make Rhett Butler think she was a classy Lady (advice to Scarlett: next time wash your hands too--it was a dead giveaway in the movie and it always is amongst the rich). And get a mani-pedi for God's sake! 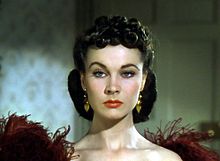 But I can understand why Scarlett soured on life after her Mammy used those filthy old pea green "velvet" curtains that belonged to her dead Mommy (the whole Mammy/Mommy thing is so confusing in the film) to make her a lady-like (emphasis on the "like") DRESS so she could visit rich Rhett to try and vamp her way into his deep pockets.

You can see from her expression below that even she was concerned that this get-up wasn't going to work. And it sure didn't, the poor thing. 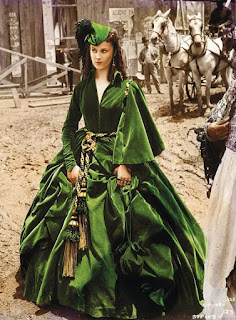 The way I look at it, Mammy should have just chosen a better window fabric from Tara. Why didn't she just choose these newer ones that hung in her powder room at the plantation? Only Margarett Mitchell knows but she ain't talkin.

Plus how could Mammy and Scarlett not know that thick musty old velvet sucks up dust like a sponge and is never figure-flattering. I mean, just look at her booty below! It's so gynormous it dwarfs even her huge Tara mansion. I suspect that Mammy was secretly hiding under there so as to properly escort Scarlett to visit a single gentlemen. Ah, Southern Chivalry is so romantical. 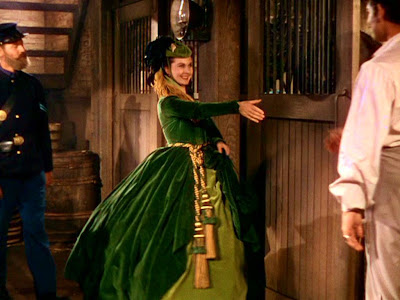 And don't get me started on that frightening conehead wig-hat that Mammy Couture created from those same tired drapes and trim. Let's be honest--this is not Red Carpet caliber. More like "Back Alley" caliber. Not to be graphic (but I'm still waiting on my damn SNICKERS!!!!). it looks like one huge bird-dropping just plopped down on her head. No wonder she didn't get a dime out of Rhett. Heck, the hat alone would have justified the burning of Atlanta. In fact, together with that Rumpus Room dust mop dress, the entire ensemble fully justifies the South losing the war. 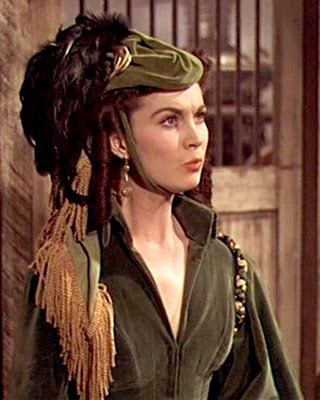 In summary, just look at her: she looks filthy and common with all that dust flying from those ratty curtains (they'd been hanging in the Tara living room for DECADES--geez, didn't she ever hear of a "dry cleaner?!"). All that dust and dirt made her look more like Pigpen than the scheming yet beautiful femme fatale she was trying to be. Hence, she left penniless and sweating like a prize hog at the County Fair. Plus she had zero drapes in the living room. 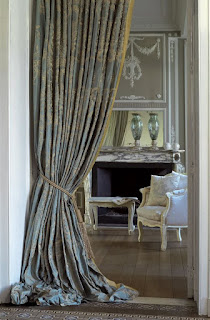 And that's the moral to our story. Please don't ask me to explain that because jibberish cannot be explained. The End.