Sometimes I think that antique dealers purposely speak in a language that bears no resemblance to English.

My suspicion is that they speak that way because they're extra-terrestrials (that is, not of this world)-and being aliens, they can't master our earthling vocabulary…..except for the one phrase: "TAKE ME TO YOUR LEADER." All aliens know that one. 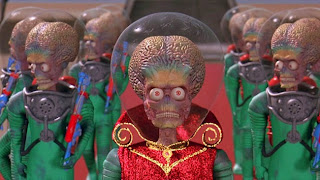 But back to our story: Here's a great example of antique mis-speak: When an antique is painted as opposed to stained, it's called "polychrome". Ok, fair enough since polychrome means many colors. But what do we call furniture that's painted in only one color? Monochrome, right? Wrong. It's still called "polychrome". Why? Dunno. Probably because even the most sophisticated alien beings can't collect painted antiques (painted finishes burn up in Pluto's atmosphere and so can't be transported back to their planet). 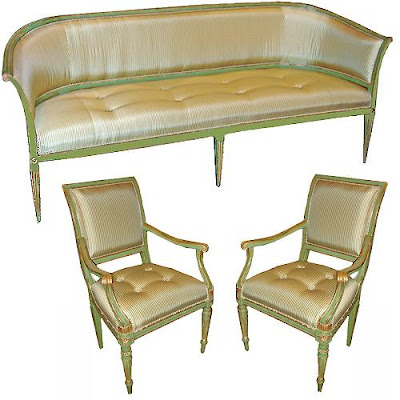 Here's more proof that antiquarians are from outer space. In their "antique speak", the 19th Century doesn't include 1800-1830.

Yep, even the top auction houses agree that the first quarter of the 19th century is not really part of the 19th century at all. To illustrate my point, here's a recent quote from Sotheby's: "The 19th Century Furniture Department at Sotheby's deals with items produced after 1835." Strange but true: aliens have taken over Sotheby's!  And that explains those phony English accents…Blimey!

Shown below: A pair of Polychrome and Parcel Gilt 1815 Empire Benches with later upholstery embroidered with the symbol of Napoleon, the bee centering a laurel wreath. 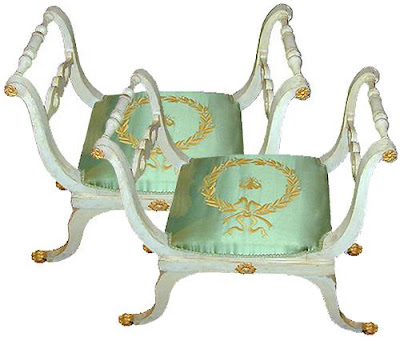 The reason the first quarter of the 19th century is often separated from the rest of the 1800's because the furniture styles that emerged between 1800-1830 were new and unique (as were those during the 1700's). And so they got fancy period names.

But after 1835, styles were really just revivals or reinterpretations of earlier designs. Examples would be Neo-Gothic Style in England, Neo-Grecque Style in Paris during the 1860's and 70's and Louis XV/XVI revivals throughout the latter part of the century.

These exhibitions became popular throughout the world, although the most important were in London and Paris. They were intended to follow an eleven-year cycle (another alien concept aimed at confusing us earthlings), with Exhibitions in Paris in 1855, 1867, 1878, 1889 and 1900. London had another exhibition in 1862 but due to financial losses at the time the idea was never really followed through in England in the same way as in France.

How can you spot an ALIEN antique dealer? Easy. They all look like either gassy babies or (quite curiously), a young and luscious Liz Taylor. 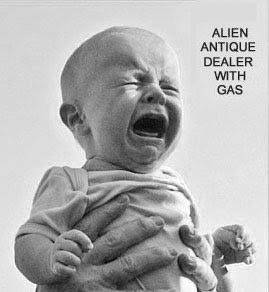 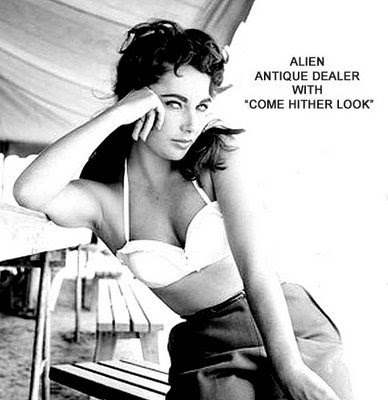 This is one of your BEST!… If anyone reads it , one could actually learn something! Have a great Holiday Weekend….you do know what that is..??? Best, Paul

Ha! Well, I sort of know. But I'm working today so I do wonder. Thanks for your kind comments Paul. BTW, I love your new website! :) B.

Great blog post!!! I learn so much from this site. I also want to say how valuable this post on dining tables: The Buzz: http://buzzonantiques.blogspot.com/2010/01/buzz-how-high-should-dining-table-be.html

Wonderful post! I stumbled upon your blog via a random search for an antique fireback....so glad I did! Thank you for sharing your knowledge.