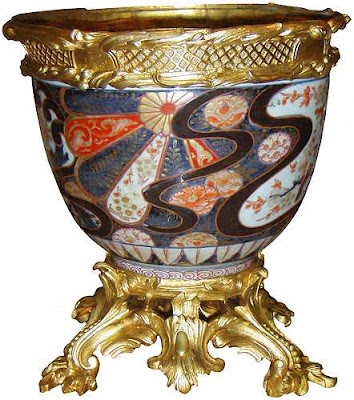 Jardinières and cachepots are both meant to hold "posies" (e.g., flowers) but they differ slightly.

A jardinière (pronounced "zhar din NYAIR") is an ornamental stand or large container for plants and/or flowers. 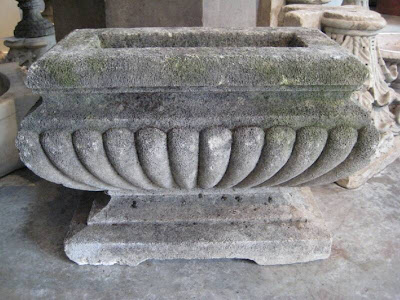 A cachepot is a kind of tabletop version of a jardinière but with
a twist: it's pronounced "CASH poe" and is an ornamental
container used to conceal and hold a flower or plant pot.
So it's typically smaller than a jardinière and sits on a tabletop,
mantel, shelf, etc.
Here's a painted tole (pronounced "toll" and means painted
tinware) cachepot: 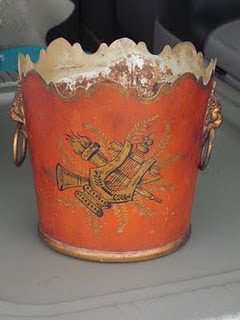 Here's an image of my favorite jardinière, this one an 18th
century Louis XV piece: 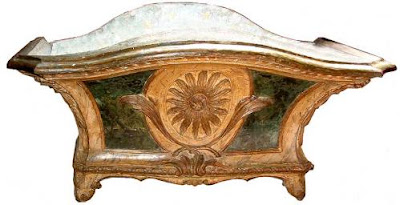 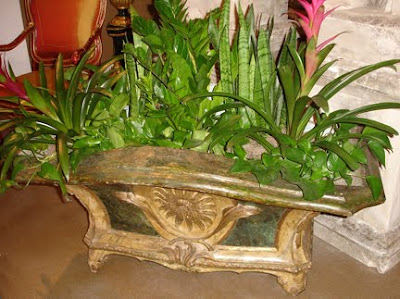 And here's a decorative wrought iron one: 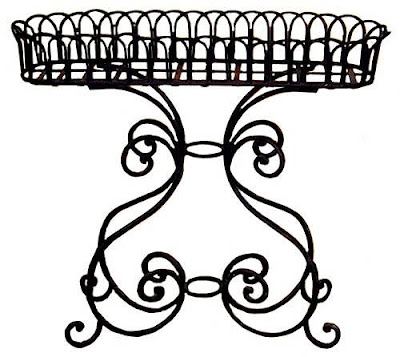 Note how these jardinières are plant stands that sit on the floor.
Compare this with the cachepots shown below-they're smaller
and primarily meant to hide an unsightly flower pot on a surface
like a table.
Here's a pretty cachepot that's cloisonne (pronounced "CLOY
zun nay"and meaning enamel inlaid and fired between thin
metal strips): 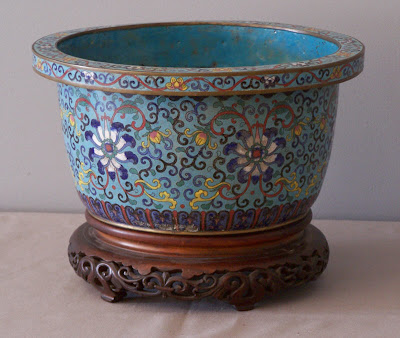 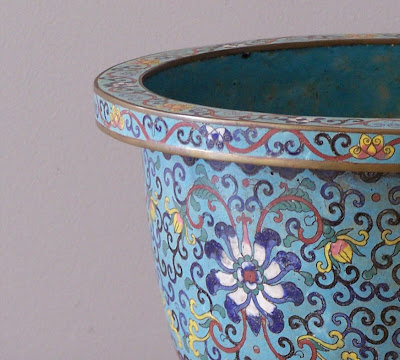 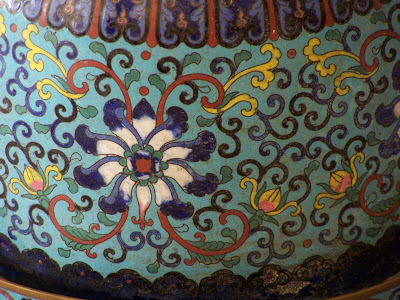 This one is ceramic and in the Northern Italian taste: 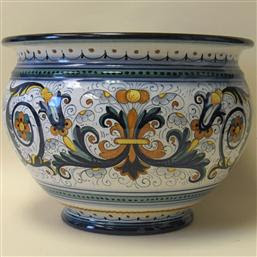 And here's a pair of 19th century Imari cachepots: your explanation of jardinaire was very helpful.