WORD of the DAY: HARLEQUIN 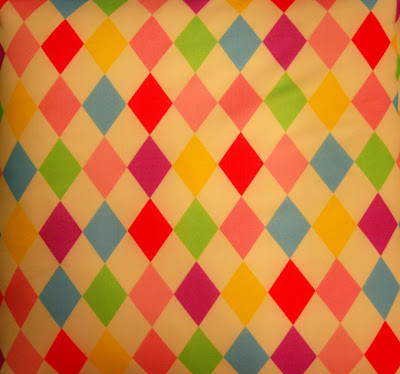 In the antique trade, you often hear of "harlequin" pairs. But what exactly does that mean? No, it's not a sneaker, at least not to antiquarians: 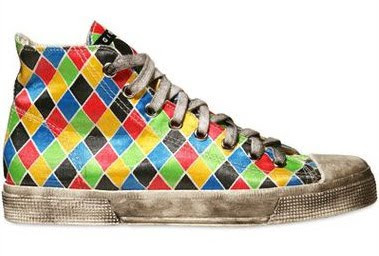 I always thought a harlequin meant a clown and actually it does. Here's the harlequin clown as depicted by Picasso in 1918: 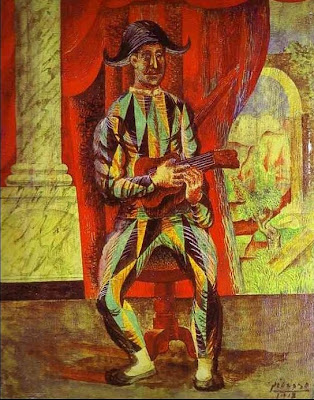 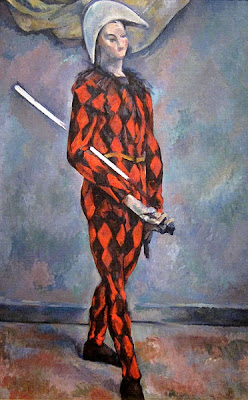 But antiquarians use the term harlequin to mean a pair of items that are similar but not exactly matching. My guess is that this comes from the harlequin pattern where the diamonds match but the colors do not, hence they too are similar but not matching.
Here is a harlequin pair of 18th century Dutch brass candlesticks. Note how at first they appear identical but on closer inspection the triangular bases are of different sizes and the nozzle stems for the candles also differ in shape: 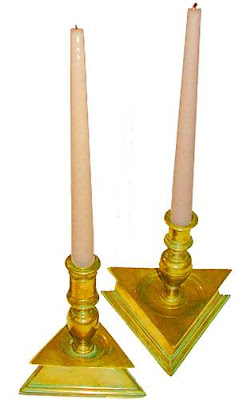 Another example would be this pair of late 18th century Louis XIV French Walnut Armchairs. Can you see how they differ? 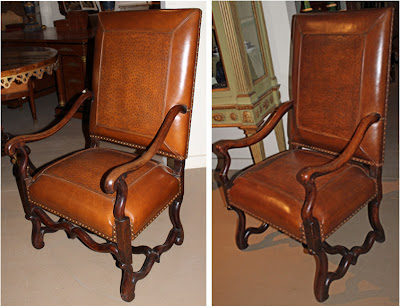 Hey - I am really delighted to discover this. Good job!

I have discovered this for a first time and I really appreciate this view. Good to have all this kind of antique photos. Really amazing look all the photos are having. Thank you so much for providing all these kind of pictures to the particular sites.
interior decorators

You got great points there, that's why I always check your blog, it seems that you are an expert in this field. keep up the fantastic work, My friend recommends your blog.

Hardly, I hardly see these anymore. Late 1800s aren't they?The candlestick's nozzle seem similar but they do stand out.The chairs too. Cannot make out the difference at first glimpse, but great carving.