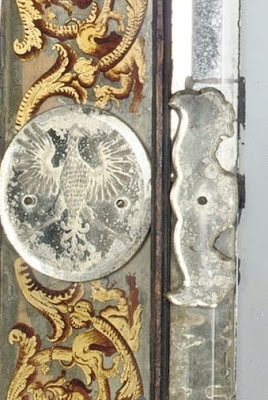 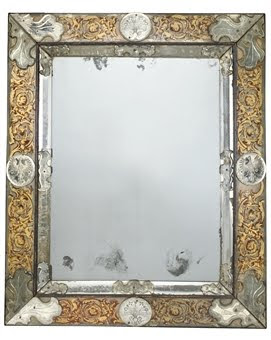 Eglomisé, pronounced "ay glow me ZAY", also called 'verre eglomisé' ("vair ay glow me ZAY"), is a decorative glass technique where the glass is painted or gilded on the underside and then backed wih a metal foil. Shown above is an 18th century German red and gold verre eglomisé mirror.
If I ever catch someone trying to steal one of my eglomisé antiques, I plan to yell, "LEGGO MY EGGLO!"
That'll scare 'em.
Below is another example of eglomisé, this one an 18th century Southern European panel showing a kneeling figure accepting a bishop's mitre and crozier from the archangel Michael with an attendant angel: 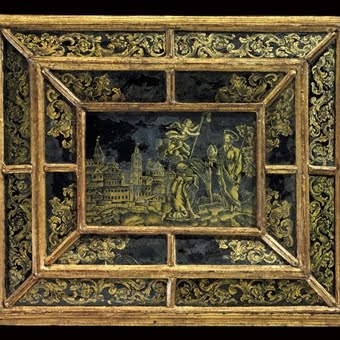 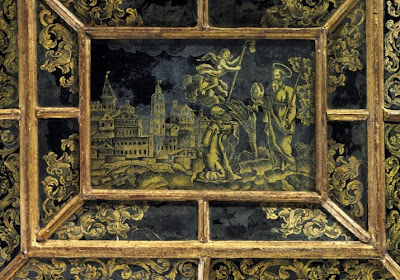 Champlevé, pronounced "shahm pluh VAY" is a decorative metal technique where metal is etched or hollowed out and then filled with enamel that's fired. Some people confuse this with eglomisé (see above) or cloisonné (see below) but they're very different. Here's a good detail of a champlevé surface: 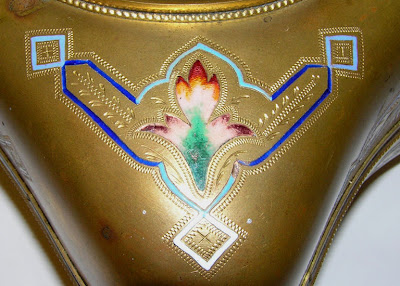 Champlevé was often incorporated into elaborate antique boxes or reliquaries like these: 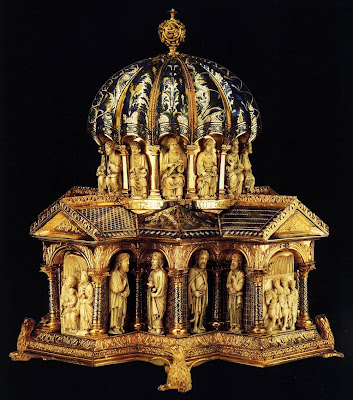 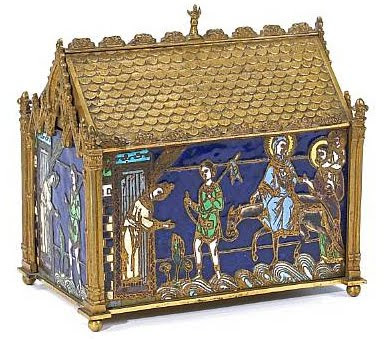 Finally, there is cloisonné (pronounced "cloy zuh NAY"), a different decorative metal technique. In cloisonné, metal wire is attached to an object like a vase, with the wire forming an outline of a design and then the empty spaces are filled with enamel, fired, sanded down and polished to create a very different look and feel.
Here is a cloisonné vase: 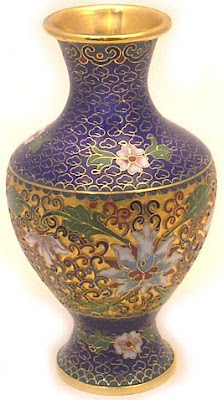 And here are some other examples of cloisonné, the first with garnet glass and the second of a Chinese dragon: 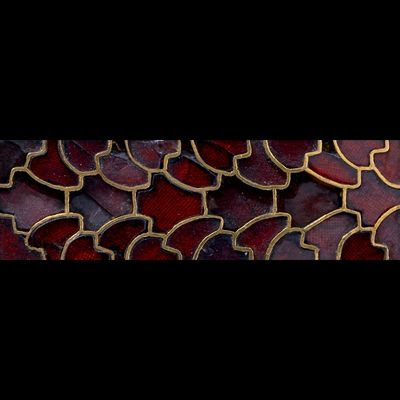 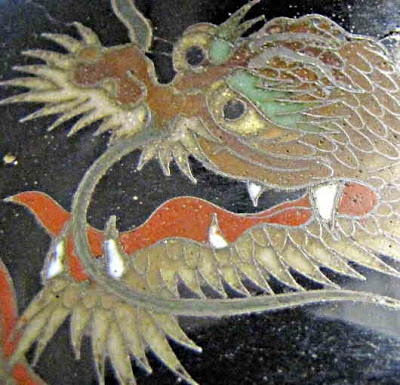 With cloisonné, the surface is mainly enamel and the metal wire gives it a filigree look. With champlevé, the surface generally shows more exposed metal.
Posted by Unknown at 4:05 PM

Thank you for the information on champleve and cloisonne and the difference between the two. Beautiful examples.